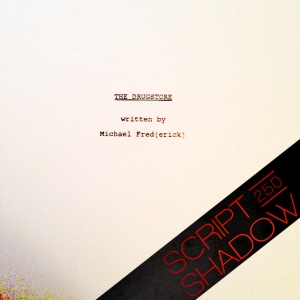 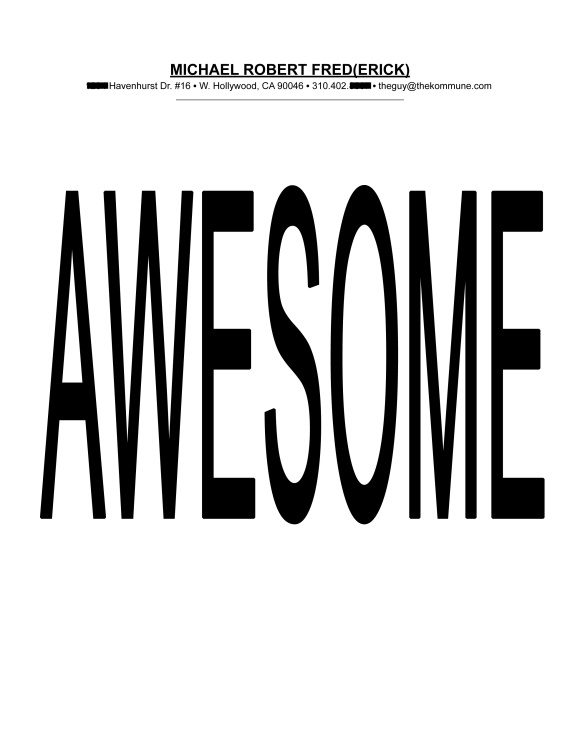 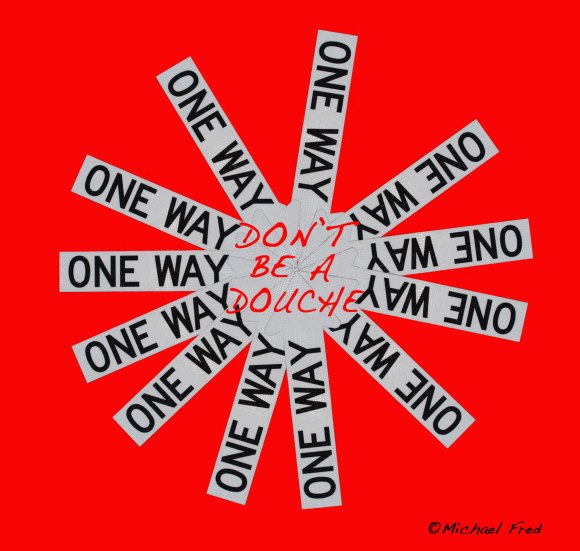 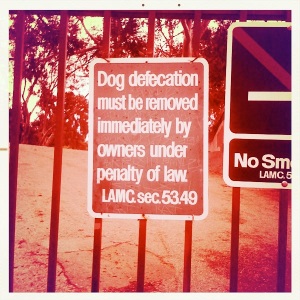 Given the preponderance of proof I’ve been forced to scrape from the bottom of my afflicted soles over the years – and the seemingly fresh, daily deposits I’m obligated to navigate – I was surprised when I came upon this city sign officially pronouncing the act’s illegality.  Failure to responsibly clean up after pets has always been a covert douchebag-y social offense, but this happy happenstance made me realize it was one with actual legal recourse if I could find a way to improve the overall effectiveness of poop patrol in the city of (fallen) angels.

Now, I’m not suggesting we reallocate the LAPD’s already under(wo)manned workforce from solving murders, rapes, and robberies to looking out for uncollected dog leavings, but I am suggesting we find a way to make the law more effective.

Since most crime is about the opportunity cost of the illegal activity, I thought it’d be prudent to start by finding out if the fine adequately deterred future crime.  I called the Hollywood Police Station… who directed me to the Los Angeles Superior Court… who dumped me on Los Angeles Animal Services… whose switchboard was experiencing technical difficulties.  It seemed like no one in LA was on doodie.  I should have just looked up the information on the internet to begin with, but I had never discussed dog defecation – or excrement from any animal for that matter – with professional law enforcement, and I felt like this was my once in a lifetime opportunity to do so.

After scouring the web for thirty minutes I found the most recent listing (2002) for Los Angeles Municipal Code SEC. 53.49. DOGS – DOG DEFECATION TO BE REMOVED BY OWNERS:

“It shall be unlawful for the owner or person having custody of any dog to fail to immediately remove and dispose of in a sanitary manner, by replacing in a closed or sealed container and depositing in a trash receptacle, any feces deposited by such dog upon public or private property, without the consent of the public or private owner or person in lawful possession of the property, other than property owned or controlled by the owner or person having custody of such dog. The provisions of this subsection shall not apply to a blind person being accompanied by a guide dog. Notwithstanding any other provision of this Code, every violation of any of the provisions of this section shall be an infraction, punishable by a fine of $20.00.”

Twenty bucks!  Sure, times are tough.  Twenty bucks is twenty bucks, but it’s not enough to curb the undesired activity, or generate substantial revenue.  A good fine does both.  The dog defecation municipal code does neither.  If you combine the twenty dollar fine with the lottery-like odds of getting caught, there is no incentive for people to follow the rules.  That’s why my three pronged initiative builds off increased fines with an entrepreneurial legislative mechanism to dissuade the rich and stupid that are immune to simple monetary penalties.

My proposal will catch perpetrators more efficiently and effectively, while attacking their wallets and – maybe more importantly – their social currency.  The second phase of the initiative is to install small cameras in highly trafficked public areas most affected by dog droppings.  The cost of the cameras, and the additional officers required to police the measure will be more than offset by the revenues generated by the increased fines and the third phase of my strategy…

… selling the video syndication and licensing rights to the county’s new library of fresh, caught-in-the-act comedy content. Besides partnering with YouTube on its own dedicated channel, Guess Who Let The Dog Out,  Los Angeles County also stands to make a tidy sum by exploiting their videos through additional film, television, video, and mobile agreements as well.

This backend revenue stream comes with the aforementioned social benefit, too.  In a town where even the richest and most powerful have monumental self-esteem issues, the threat of exposing embarrassing moments to the entire world will make them more carefully contemplate the full ramifications of their (in)actions before acting (or not).

So what do you say, LA?  Let’s make policing dog defecation more effective and prosperous… or drop the pretense of giving a sh!t altogether. 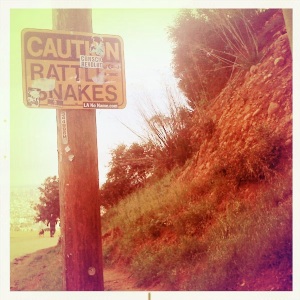 I hiked upon this sign yesterday and instantly knew I had strenuously stumbled across the next jewel in the Spencer’s Gifts novelty crown…the CAUTION RATTLESNAKES necktie (although for proper human sexual innuendo the tie should be cautioning people in the area of a singular rattlesnake).  As I am not a tailor, or a seamstress, I’d be happy to share my good idea fortune with someone who is talented in this area.

my Wine Association of America campaign 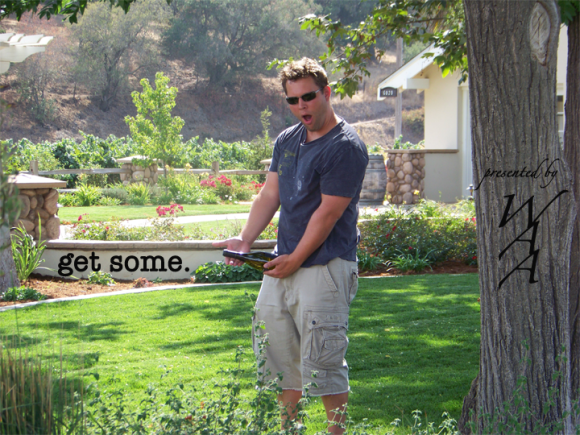 Ultimately failed to broaden the appeal of wine, and proved universally ineffective in attracting new sampling.